DIY Flower Wall: How To + Tips! 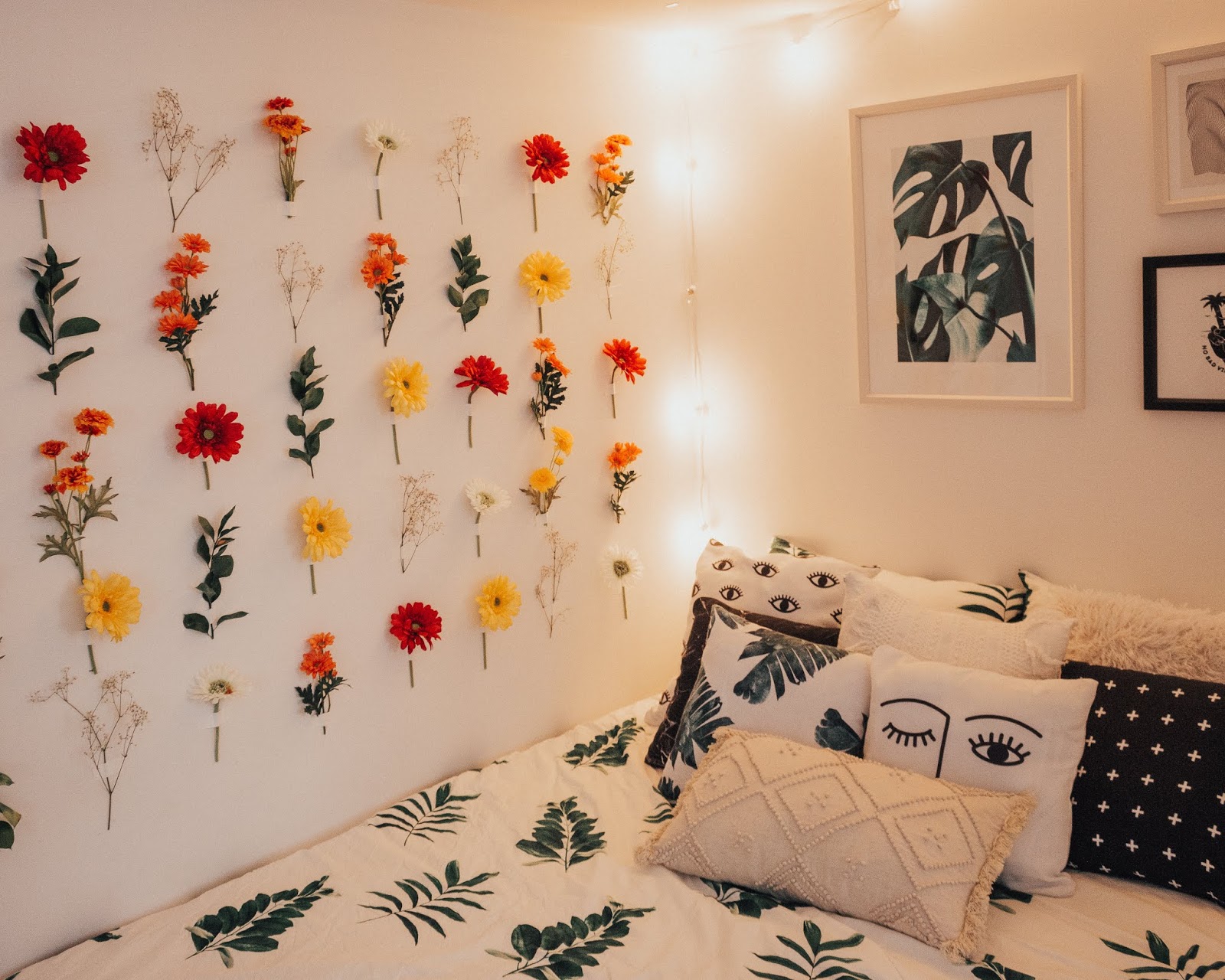 Back today with a blog post all about my new flower wall. If you follow me on my various social media platforms, then you’ll know of this recent addition to my bedroom. Suffice it to say, I’m so in love, and can’t believe I didn’t do this sooner. It was such a super easy thing to do (and this is coming from a girl who is rubbish at all things diy!) and the results are incredible. It adds a lovely pop of colour and life to my room, and looks amazing in the background of photos and videos. I also filmed a video of the process, so you can click here to watch that!

So, on to the “tutorial” (if you can call it that, there’s really not much to it!). As far as supplies, you’ll need flowers, tape and scissors.

I used 40 flowers in total for my wall, but this will totally depend on your wall and the space you want to fill. Try to map it out in advance and always get more flowers than you think you’ll need, just in case. 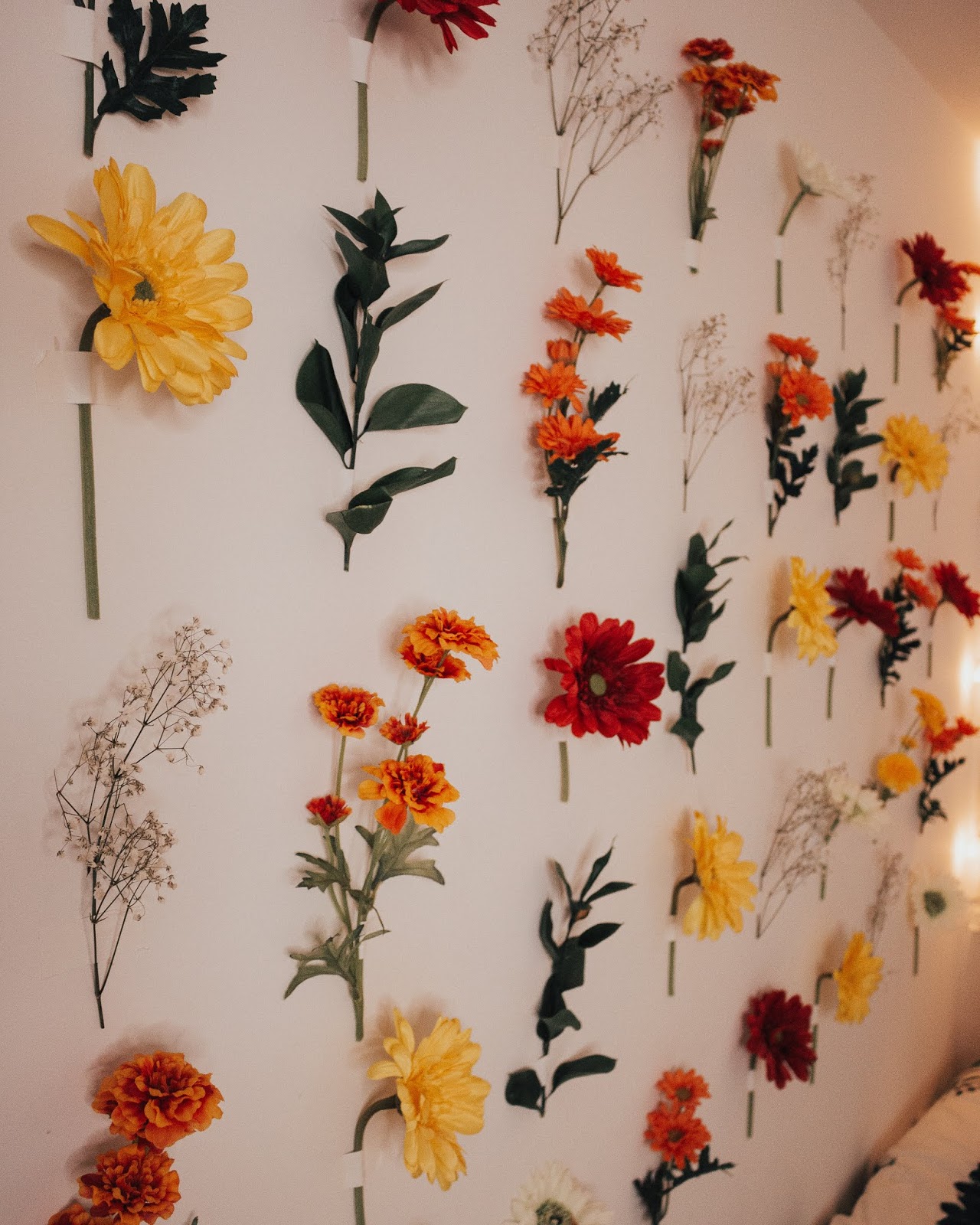 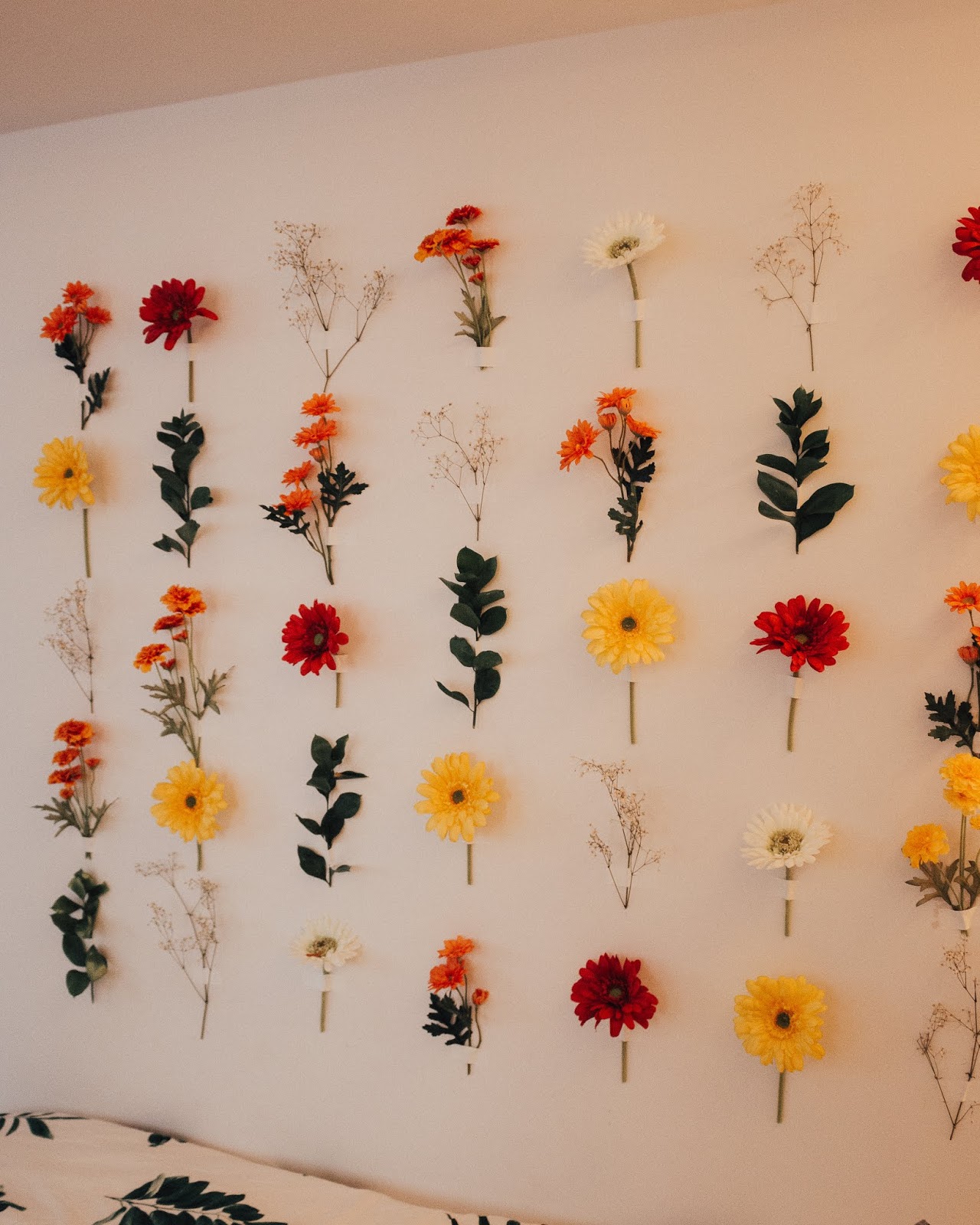 The type of flowers will also totally vary depending on what you want. I decided to go for a warm colour palette, so I chose flowers that were a mix of red, yellow, orange and pink. For these, I got a mix of roses and daisies. After putting them up, I fell in love with the daisies more so than the roses. I liked the way they opened up and were more eye catching on the wall, but again this is up to you! Along with those flowers, I also added some white baby’s breath and greenery to balance it out. My favourite of the flowers was by far the baby’s breath, so I definitely recommend that — and a plus, it dries super nicely! (As an aside, I’ve also read that lavender dries nicely like baby’s breath, so if you like lavender, that might be a good choice for you!)

At first I used real flowers for my wall from the online company Bloomex. They have a huge selection of flowers, the delivery was quick, and all the flowers were packaged really well and super protected. However, as you might expect, after about a week, the flowers had all completely died (not having any water or sunlight tends to do that, lol). So if this a temporary installation, for sure use real flowers. Real flowers add a really nice touch and smell amazing. Though one thing to note - by the third day the flowers we’re already looking a tad bit sad, so make sure you consider that based on when you want the wall to look it’s best. I’d probably suggest installing it the morning before you’re looking to show it off, or the evening before if need be. 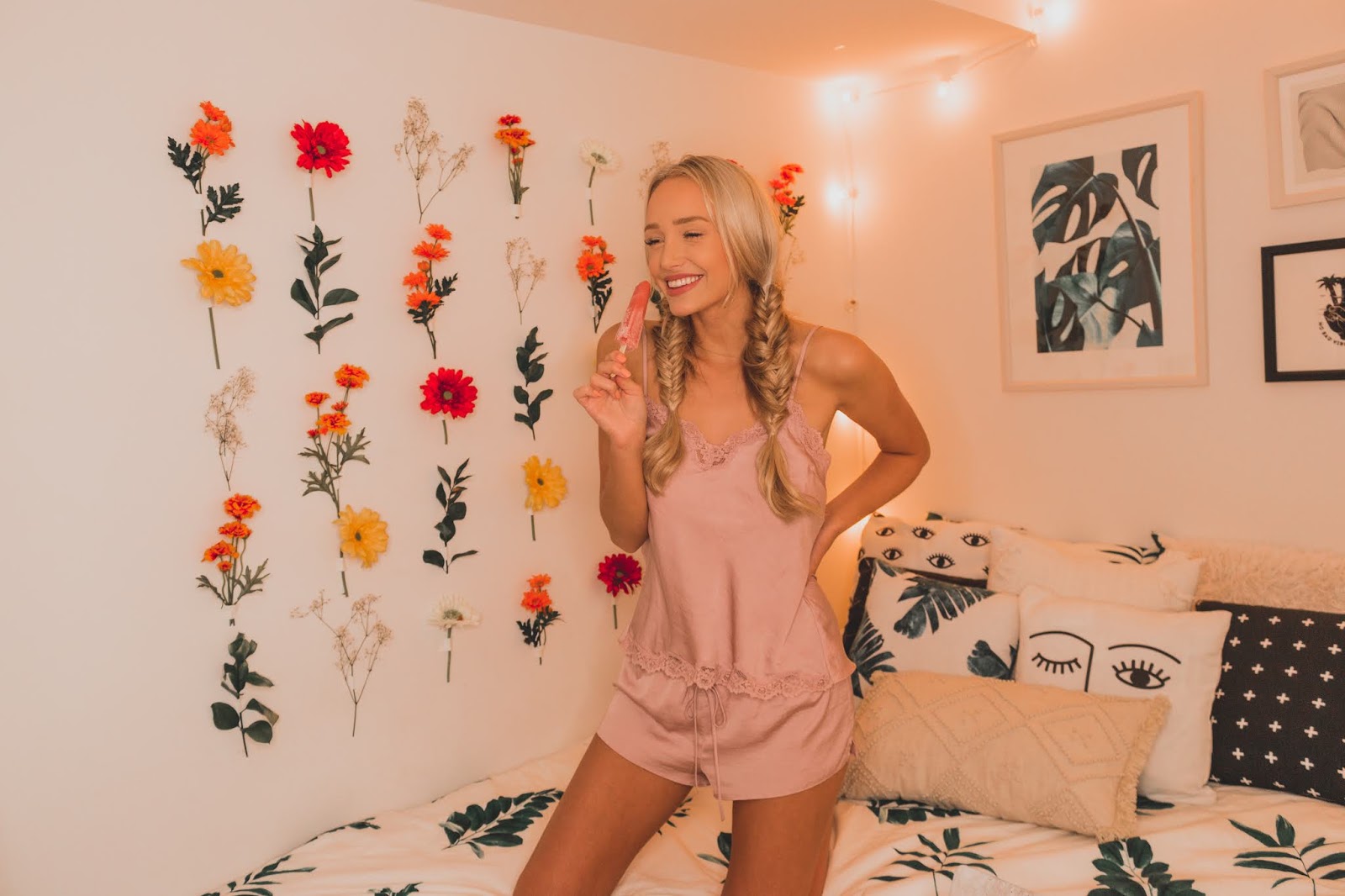 Now if you’re like me, and want this flower wall for a lot longer than a week, then fake flowers are the way to go. I really liked the way the baby’s breath and greenery dried on my wall, so I’ve left those up, and mixed in some fake flowers. Having some real mixed within the fake plants adds to the overall effect in my opinion, and helps to make the artificial flowers seem more realistic. You can get artificial flowers from all over the place, the dollar store even have some nice ones, so take a look around and see what you like thats in your budget. I decided to splurge on some flowers from the online store Veronneau. I’ve bought lots of artificial plants from them before, so I knew they would likely be worth the extra cash. I think they look really realistic as far as fakes go, but everyone is different! I’ve linked below the specific flowers I got if you’re curious: 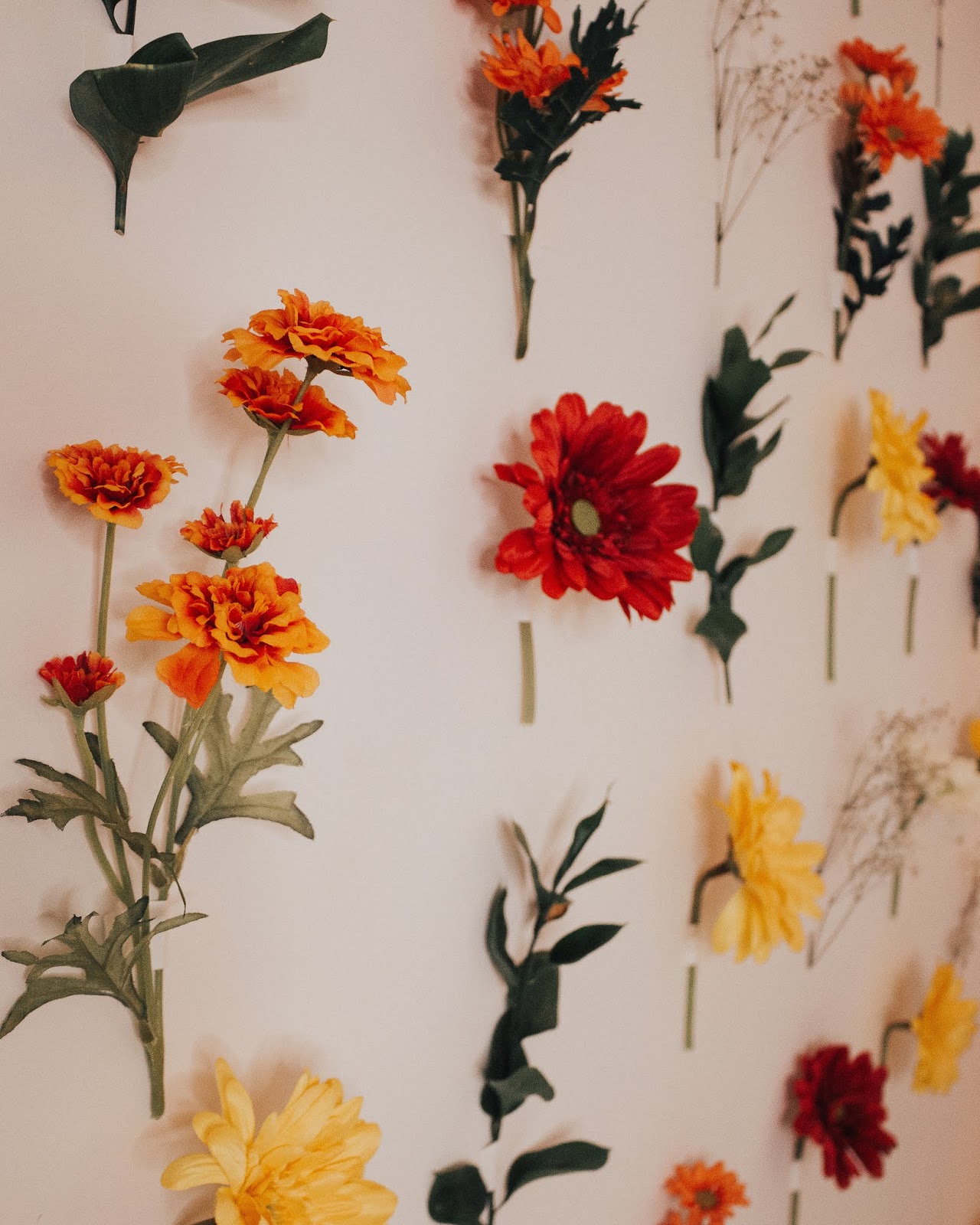 I used white 1" thick gaffer tape, but anything strong will work. It also depends on what look you’re going for. I actually prefer the way the white tape looks on my wall, but clear or a coloured tape might work better for your space. (Here’s a link to the tape I bought on Amazon.)

As far as assembly goes, this is super simple. Just give your wall a quick dusting and wipe down to start. This is important so that the tape isn’t sticking to dirt, and therefore won’t last long. Then cut the flowers to the length you like, rip off a piece of tape and stick away! I tried to add a hefty amount of spacing in between the flowers because I wanted a more relaxed and airy look, but I’ve seen some walls where the flowers are super close together and that also looks amazing. I’d really recommend taking a peek on Pinterest to get some inspiration beforehand. Another tip, if you’re using real flowers, I’d recommend taping directly below the flower rather than farther down the stem. This will prevent the flowers from drooping downwards! 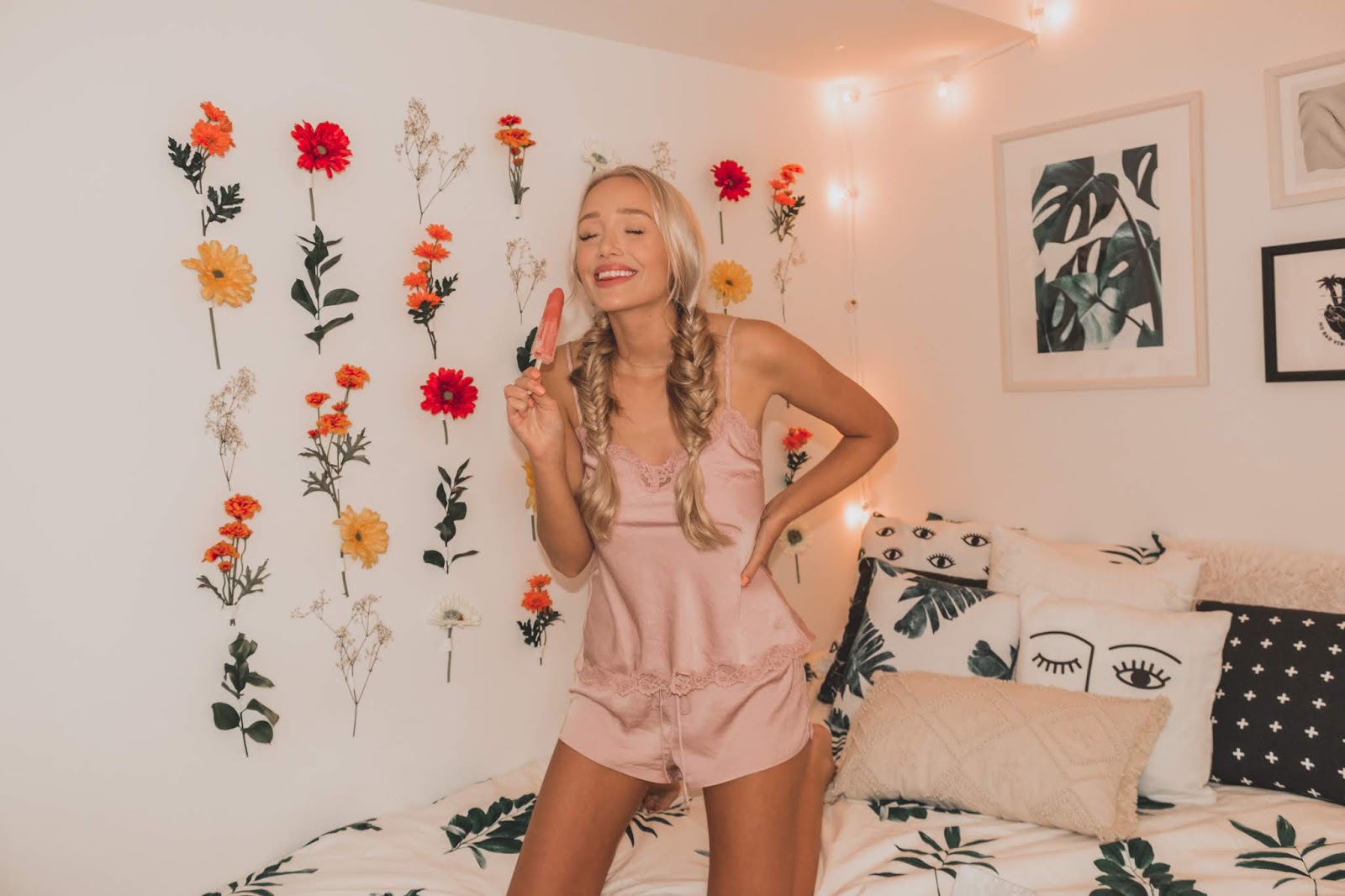 Well I think I pretty much covered everything. If I’ve missed something, leave me a comment or message me on social! I’ll be sure to get back to you and add it to this post. Hope this was a little helpful and/or inspirational!

With love,
Gwen
xx
Labels: decor diy how to 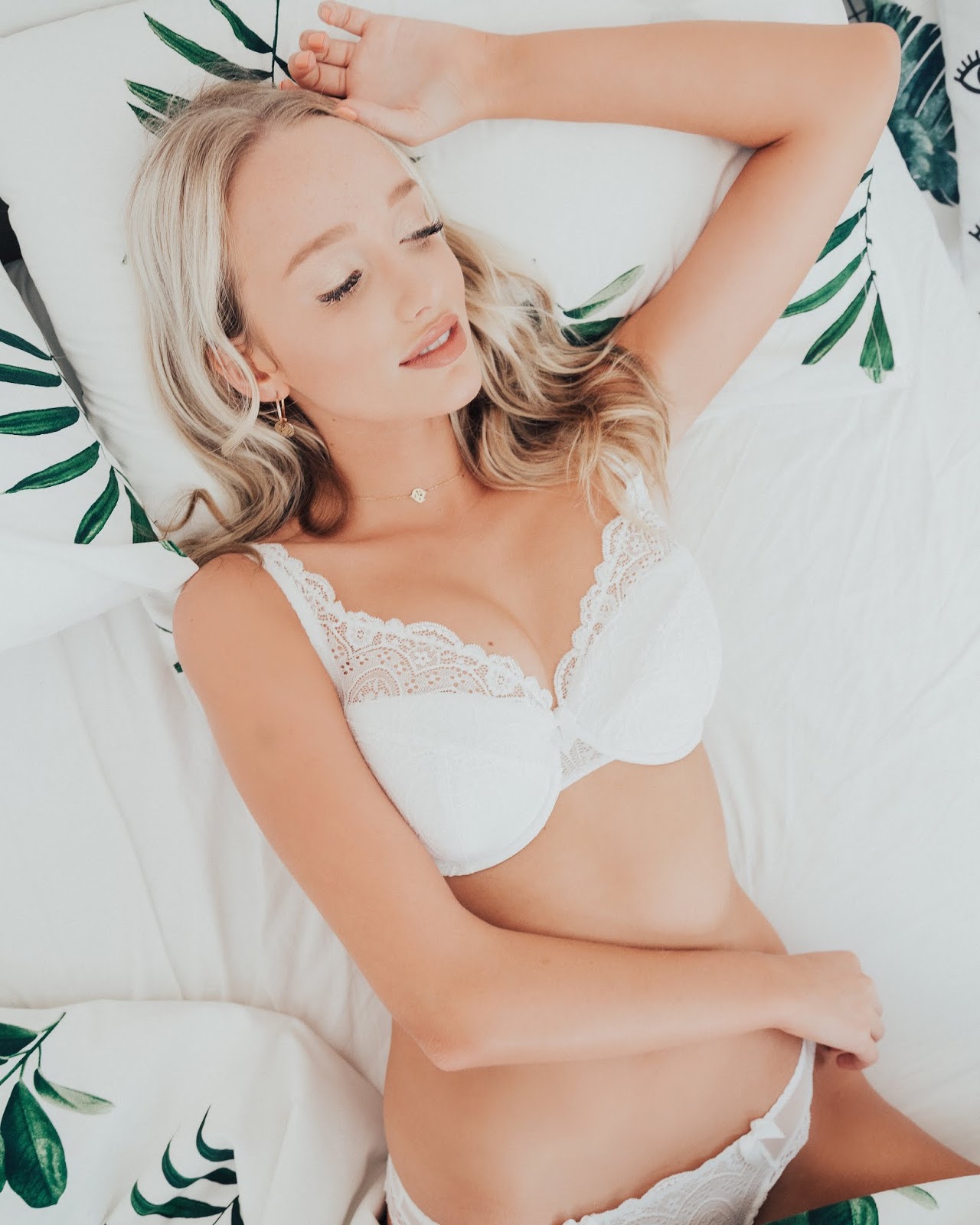